Richard Chew, aka "Chewie", now has his oyster bar.

The Kitsilano restaurant is a shiny ode to shellfish, located two blocks from the beach at 2201 West 1st Avenue. The former Karv eatery has been renovated into a sleek space that features two casual bars for eating and imbibing: one where raw oysters are shucked and the other facing an open kitchen and a row of metal shellfish steamers. 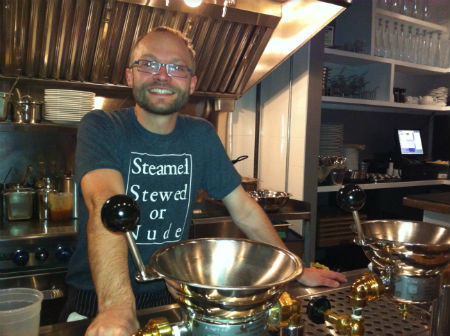 You can watch chef Tyrell Brandvold at work at the steamer bar at Chewies.

Chew and his partners, Mel and Jamie Haddad, opened the restaurant last week, staffing it with many faces found previously at Yaletown’s Rodney’s Oyster House. I attended the media launch on Wednesday (December 14).

Chef Tyrell Brandvold is at the helm, and the menu has a clear slant to the American south. Examples include Louisiana crab cakes, gumbo, jambalaya, southern fried chicken, barbecue shrimp and grits, and creole prawn pasta. 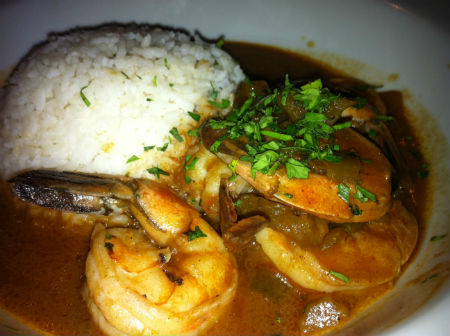 Prawn etouffee (which means "smothered") is on the menu at Chewies; the sauce is made from a paprika-spiced roux.

There’s a selection of po’boys, from the obvious fried oyster sandwich to a catfish version and a cochon de lait, made with Cajun-style smoked pulled pork. Sides include buttermilk biscuits and fried okra, and there are beignets on offer for dessert. (Mains run $12 to $19.) 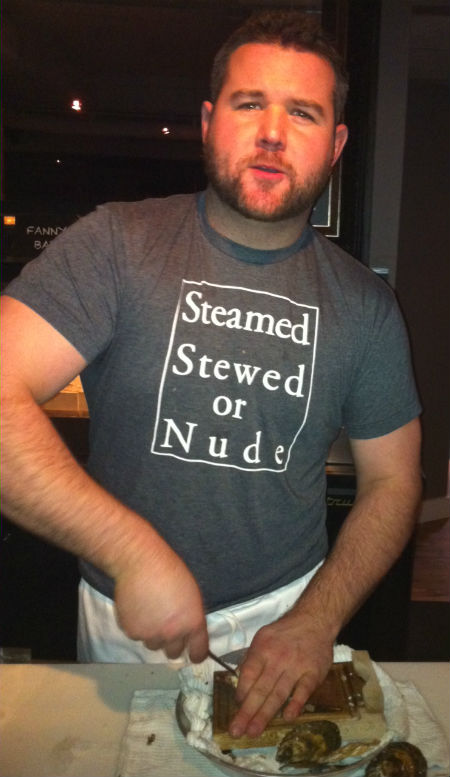 Bivalves are of course the star of the show, and both East and West coast varieties available, including Malpeque, Kumamoto, Fanny Bay, Royal Miyagi, and more. Ian Peck (above) won the Canadian Oyster Shucking Championship in 2008 and came fourth in the world the same year at the World Oyster Opening Championship in Ireland.

Chewies offers a variety of sauces to accompany the raw oysters, including a champagne vinaigrette and a fiery hot sauce. Peck likes different ones depending on his mood, but one thing’s for sure. “Sauce is like lingerie,” he told me. “You don’t want too much of it.”

I’ve never been on a date with someone I just met and thought is cute and have a crush on. I...

You and your dogo across from Donald'...

You: Tall, dark hair, mask on, standing at the light across from Donald’s Market, with your...