With new businesses opening and lots of events happening, it was a great year to be vegan in Vancouver. Here’s six additions that made city’s burgeoning vegan scene better in 2011.

Vancouver got its first and still only vegan retail bakery when Paul Briggs and Alli Neville set up shop in Kitsilano. Edible Flours (2280 West Broadway) held its grand opening in April, and offers a delicious assortment of artisan chocolates and baked goods, including cookies, cupcakes, donuts, and scones, with plenty of gluten-free options. My favourites are the croissants—yes, croissants—and blueberry nutmeg muffins. 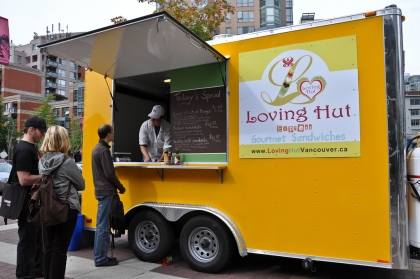 Clay D’Altroy, one of the owners of Loving Hut Express (Pacific Boulevard and Davie Street), says the top goal of his all-vegan food truck is to “encourage meat eaters to adopt a vegan lifestyle through tasty food”. Part of the international chain of Loving Hut fast-food joints, the Yaletown food vendor made its debut in October outside Earthsave Canada's 13th annual Taste of Health vegetarian fair, which was taking place at the Roundhouse Community Arts and Recreation Centre. With Loving Hut Express serving such fare as the Crispy Chick’n Burger and onion rings curbside, it’s safe to say local vegans pining for a cruelty-free version of McDonald’s can stop dreaming. 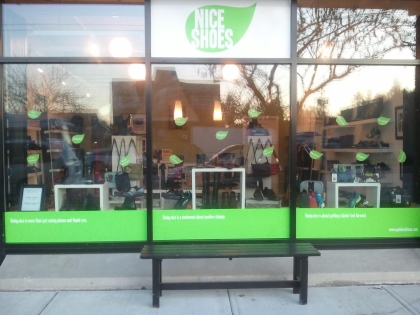 Finding footwear free of leather and other animal products has gotten easier, thanks to Nice Shoes (3568 Fraser Street). The city’s first and only vegan shoe store opened for business in March. The East Vancouver shop also carries animal-friendly bags, belts, ties, wallets, and more. With the planned opening of the city’s first vegan cupcake shop, Fairy Cakes, next door, this cruelty-free zone has the potential to become Vancouver’s answer to Portland’s much-loved vegan mini-mall. 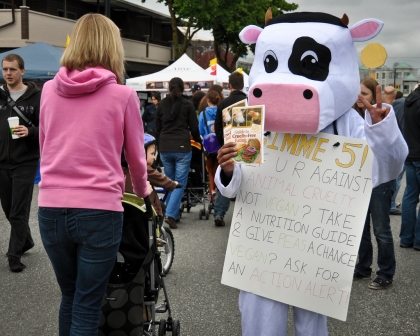 In June, vegan-friendly businesses and organizations set up tables at the first Veg Fest Vancouver. As part of the Main Street Car-Free Festival, the fest-within-a-fest took over the area around Main Street and East 19 Avenue. Organized by the nonprofit Saving Animals Canada, Veg Fest is slated to return next year. 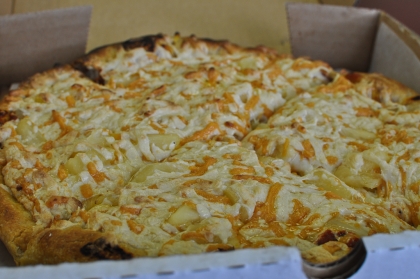 Vancouver got a vegan pizzeria this year. In May, the Vegan Pizza House (2119 Kingsway) fired up its ovens, serving varieties such as Hawaiian, Vegan Meat Lover, Seafood, and All Dress, as well as lasagna and spaghetti—all made with Daiya dairy-free cheese. Since then, this rough-around-the-edges joint has added tasty donairs to its menu. 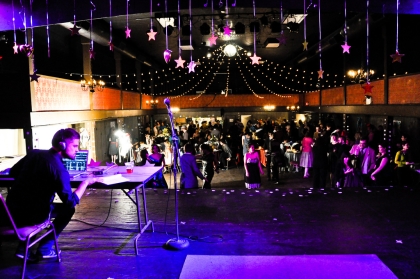 Last but not least, around 130 people showed up at WISE Hall in East Vancouver for the first-ever Vegan Prom YVR on November 5. Inspired by a similar event in Portland, the nonprofit prom featured dancing, drinks, a photo booth, and, of course, plenty of food. What’s more, the organizers have decided to form an outfit they’re calling the Vegan Party Directive, with plans to put on more fun events in the future. (Disclosure: I volunteered as a photographer at the prom, and my partner is a prom organizer.)

Here’s to even more Vancouver vegan radness in 2012.

Make that eight reasons why 2011 was a good year for vegans in Vancouver.

Plus, Preet Marwaha's OrganicLives opened its second location in the Chopra Yoga Center (451 Granville Street) in downtown Vancouver on December 14.

Awesome list! I'm happy to say that I've partaken in all but one of these six things (and I'll definitely be making the effort to get to Loving Hut Express now that I see they have onion rings!). It really has been a good year for vegans in Vancouver, and it sure is a long way from when I was living in Abbotsford and went vegan!

I wore that costume once...

Vancouver is really starting to be become very cool!

I would like to add the Interactive Futures'11:Animal Influence exhibition and conference at Emily Carr University where Marc Bekoff was a keynote, and international artists and scientists shared their knowledge and creativity about animal consciousness, animal cognition, animal creativity and animal agency!!!

Wow, and there are more reasons why it was a good year, too. Proud to say that I own amazing waterproof biodegradable runners from Nice Shoes and have tried the donuts, cookies, and cakes from Edible Flours (better than their animal counterparts, for real).

i am more and more happy about the vancouver scene :)

For even more things vegan, check out Eternal Abundance http://www.eternalabundance.ca at 1025 Commercial Drive, home of a 100% organic raw/cooked vegan fusion cafe and juice/smoothie bar. EA not only has a cafe, but a fresh, local when possible, all organic produce shop. a host of cooking/uncooking classes, community events, a monthly raw potluck, and open to much more; a truly creative space!

Veganism is wrong and you need meat to survive JUST KIDDING THIS IS AWESOME!

@Brandon: Thanks for the tip.

I interviewed the owner of Chomp Vegan Eatery and posted a <a href="http://www.straight.com/article-566896/vancouver/chomp-vegan-eatery-arri... on the new restaurant</a>.

You think I have forgotten about all your abusive treatment and your underhanded ways ? ...

You were by youself, I think. You wore light blue jeans and black shoes with tall wedge-like...