Weather data from Environment Canada is unavailable at this time.

Good vegan donuts are hard to find. In Vancouver, we look south and covet the fried confections found at Mighty-O Donuts in Seattle and Voodoo Doughnut in Portland.

So it was with some excitement that local vegans greeted word that Cartems Donuterie has animal-friendly options at its Downtown Eastside pop-up shop (408 Carrall Street). The shop started up in February, and it’s open Monday to Friday from 10 a.m. to 6 p.m. and Saturday from 11 a.m. to 6 p.m.

This summer, I finally got around to sampling Cartems’ vegan offerings. On most days, there are two standard flavours being sold under the label of No Animals, No Problem. A single donut costs $3, while a half-dozen goes for $15 and a dozen for $27. 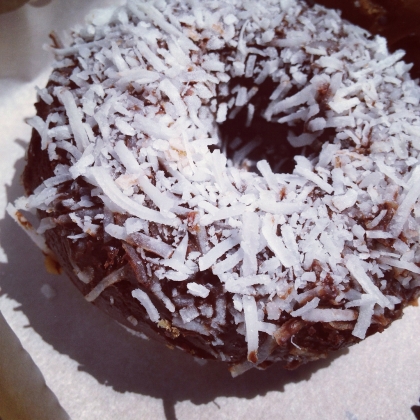 The chocolate coconut donut—my fave—is like a luscious slice of chocolate cake. Topped with coconut flakes, it’s soft but not too sweet.

Made with chocolate, chilies, cinnamon, and other spices, the Mexican mole donut is sprinkled with black sesame seeds. It’s got a peppery taste to go with the sweet. 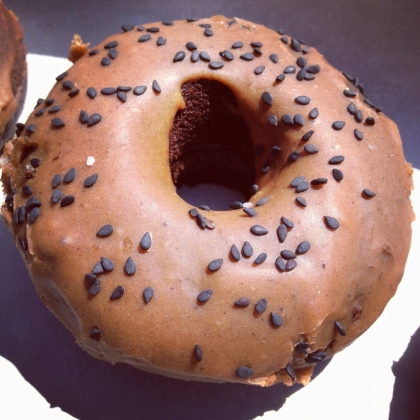 Once in a blue moon, Cartems makes a vegan salted caramel donut. There’s also the vegan and gluten-free chocolate orange to look out for.

These are top contenders for the title of best vegan donuts in town. But it would be nice to see Cartems make some vegan donuts without a chocolate base.

I’ll take a dozen of the cinnamon sugar and the carrot cake, please.

I think we are alone in this universe. ...

I Saw You See Me See You

I walked by you on the street along Hastings last week and recognized you from a patio last...