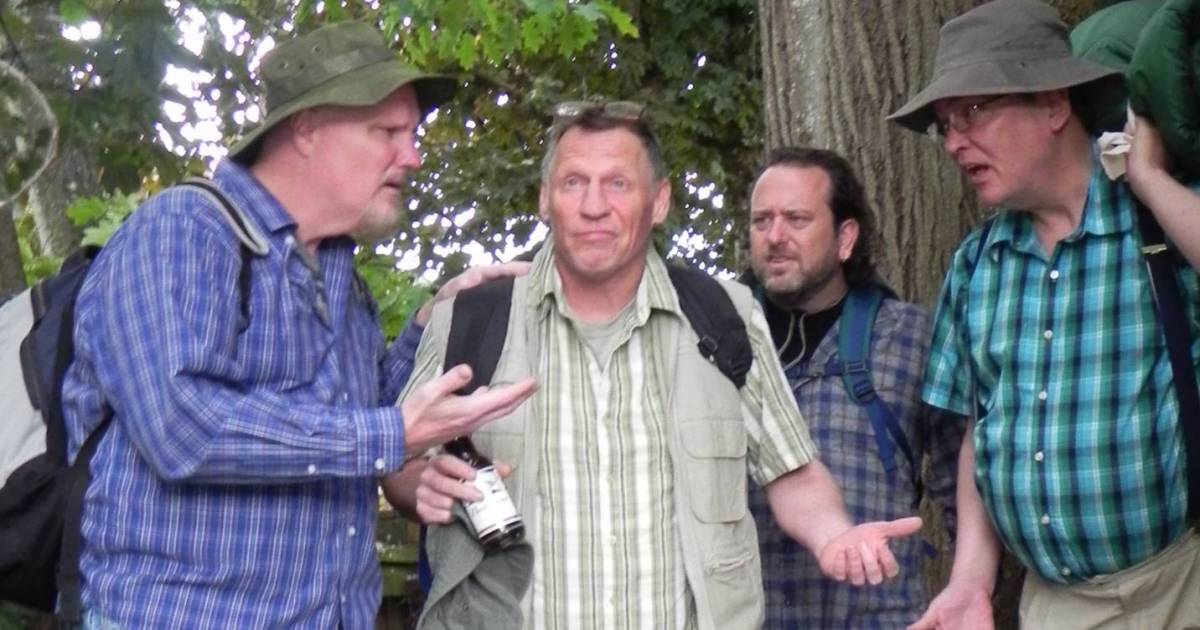 When four men set off to find an isolated cabin in the forest on a "wildman" weekend, a la Robert Bly, everything that can go wrong does! Andy, a men's movement advocate, and Robin, a crystal-gazing New Ager, coax Stewart, an unsuspecting grocer, and Randall, a skeptical, city lawyer, into reluctantly participating in male-bonding ceremonies and communal hugs. The result? Hockey cheers and Neil Young singalongs!

The Wild Guys, by Andrew Wreggit and Rebecca Shaw is a hilarious comedy that is fast paced, spontaneous and flawless in its delivery.

Directed by Carroll Lefebvre, The Wild Guys are four talented actors, Jeff Pannell (Randall), Todd-Elliot Gates (Robin), Gerry Park (Stewart) and Brad Felton (Andy). This is a play for all ages and genders! Men, especially, will enjoy this look into the male psyche!

Wild Guys is at The Tsawwassen Arts Centre, June 13 to 23, 2018. Evening performances are Wednesday to Saturday at 8pm and the matinee is Sunday, June 17 at 2pm. That's Father's Day and this is the play for Dad!