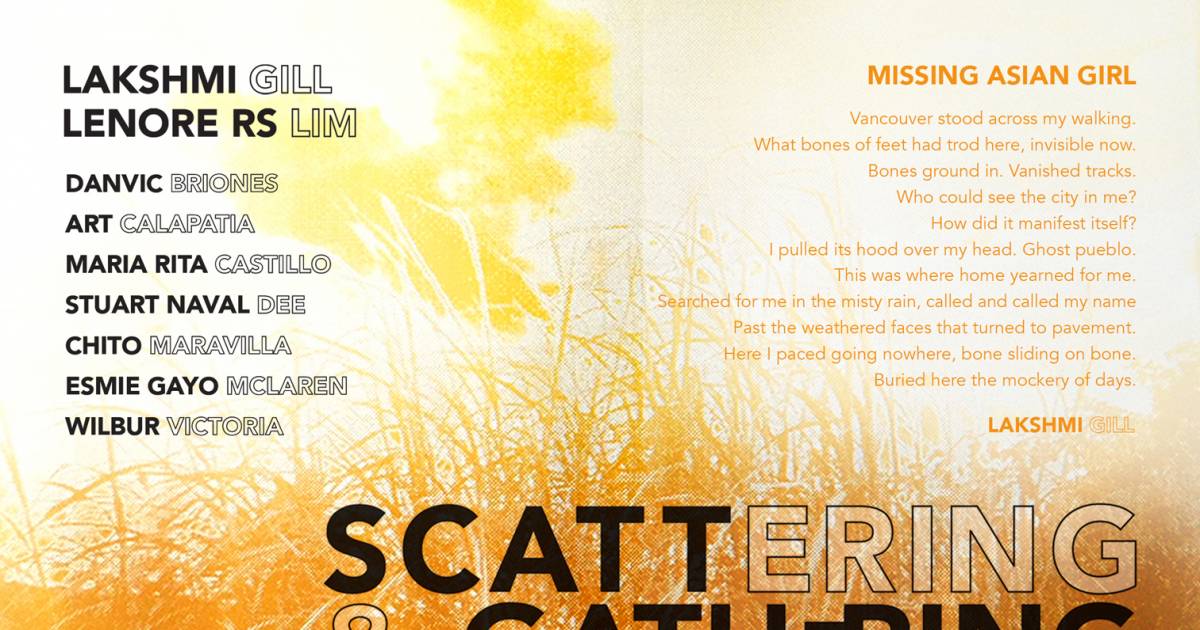 Opening at the Roundhouse Exhibition Hall on July 8, 2018, ‘ Scattering & Gathering’ presents the dialogue between the poetry of Lakshmi Gill and the art of printmaker Lenore R.S. Lim. The exhibition centres around Gill’s experiences as an immigrant as told through her poetry and through Lim’s prints. Decades after their respective departures from their home country, the Philippines, both Lim and Gill have come together to collaborate on this rare occasion in Vancouver, Canada.
Gill’s poems in ‘Scattering & Gathering’ were written between 2010 and 2015. They reflect her multi-ethnic heritage and her wanderings. Canada features prominently, along with Hong Kong and the United Kingdom which were also once home to the poet. Gill, Lim and guest curator Jing Palad, selected key images from Lim’s extensive body of work that create a dialogue between the poetry and the print. “I love Lenore's prints. Some prints embodied the intent or visualized the spirit behind the poems.” said Gill.

Scattering & Gathering is presented by The Roundhouse Community Center, The Filipino Music and Art Foundation in B.C., in cooperation with The Philippine Consulate General in Vancouver. The exhibition will have an opening reception on July 8th from 2:00 - 5:00 pm and will run from the 7th to the 12th of July at the Roundhouse Community Arts and Recreation Centre, 181 Roundhouse Mews, Vancouver, BC.