The heavy monsoon rains of India take over the country on an annual basis. Amidst the damage and destruction, the monsoon season is filled with celebration, including dance, music, theatre, film and festivals. The welcoming of this captivating and spiritual force dates back thousands of years in India. Vancouver is also known for its heavy rainfall. With the intersection of these two natural phenomena, albeit at different times of the year, the goal is to celebrate the monsoon here in the Lower Mainland by welcoming the storm with the 1st Annual Monsoon Festival of Performing Arts.

In its inaugural year, the Monsoon Arts Festival runs from August 11-21 in Vancouver and Surrey, with a deliberate spotlight on South Asian theatre. South Asian Canadians are the largest visible minority group in Canada, yet a simple scan of Vancouver’s performing arts community suggests that there are very few South Asian theatre professionals currently working in our industry.

Monsoon Arts Festival is unique, given that no other broadly-focused South Asian performing arts festival exists in Canada. During a span of 11 days, festival highlights include; critically acclaimed International play, HONOUR: Confessions of a Mumbai Courtesan; the return of the ever popular I Can't Believe It's Not Butter Chicken gang with their unique brand of hilarious sketch comedy; an opening (including sneak peek performances from the 10 days ahead) and closing night celebration (with a Talent Night feat. Jiv Parmeshvaran); and to close the festival a special full-length play Kehar Singh Di Maut (The Death of Kehar Singh) performed in Punjabi, presented in partnership with Surrey-based Rangmanch Theatre, written by prominent playwright & theatre director Ajmer Singh Aulakh at the Bell Performing Arts Centre in Surrey.
Aside from the presentations, community engagement is another key pillar of the festival. Multilingual development workshops on dramaturging, playwriting, directing and acting, along with readings and an "industry" series are also in the pipeline.

About South Asian Arts Society
South Asian Arts Society is committed to creating performance and educational opportunities for professional and amateur artists, while developing artistic forums that act as a platform for building knowledge of South Asian culture via new projects, new ideas, and new collaborations. We are active in promoting South Asian dance, music, and theatre via dance and music classes, professional performances and workshops, guest lectures, as well as presenting comedic plays, musicals, and dance dramas across the Lower Mainland. www.southasianarts.ca 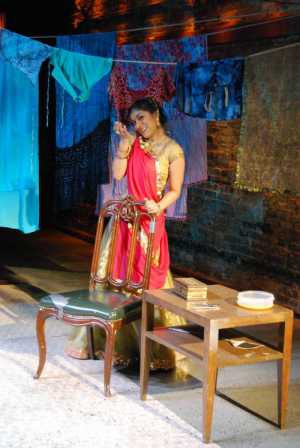