Ripper's performance will include solo and full band set

Trailblazing punk folk rocker Eugene Ripper remains one Canada's most enduring indie artists. His quasi legendary status within the Canuck underground scene is well documented. After cutting his rock and roll teeth slinging electric guitar for seminal 80's surf punkabilly group Stark Naked and The Fleshtones, Ripper launched into a solo career that continues to this day showcasing his unique hybrid synthesis of punk, folk and rock, deft lyrical touch and rusty, gritty, wide angled and heartfelt voice. Along the way, he has created a formidable and sometimes acclaimed platter of album work, and award nominated indie singles/videos. He has also survived countless cross country canadian tours (no small feat - all kinds of weather and the prerequisite various near death experiences no small feat), was almost the first artist signed to Island Records Canada (great punchline to the tale! ) all wrapped around extended residences in Vancouver, Toronto, Halifax and New York City producing his iconoclastic Fast Folk Underground concert series.

"Toronto's underexposed gem Eugene Ripper has been honing his unique brand of fast-folk with a punk rock ethos since the early '90s. Don't miss a chance to be transported to his noir universe "
Pop Montreal 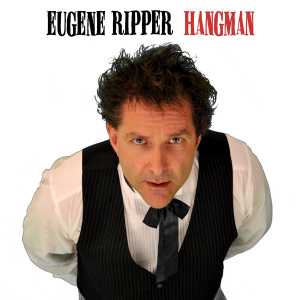