A guide to Decolonization. After Part One was shown before over 700 million viewers on RT and Eurochannel, Part Two, featuring Noam Chomsky, Oliver Stone and many others, is coming to Vancouver!

An in-depth look at the toll that neoliberalism took on Yugoslavia, but also in Venezuela, Greece, Ecuador, Argentina, Iraq and many regions worldwide. A film discovering the real forces behind the break up of Yugoslavia. 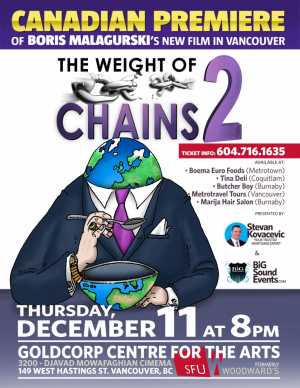