The Cultch is thrilled to present East Van Panto: Little Red Riding Hood at the York Theatre from Wednesday, November 23 to Saturday, December 31, 2016.

Now in its fourth year, the East Van Panto will see Little Red Riding Hood bombing down the Adanac bike trail to deliver a basket of goodies to her sweet little granny, while battling bike thieves, distracted drivers and of course, The Big Bad Wolf. And what are the Three Little Pigs doing here!?

Theatre Replacement is thrilled that the Panto has developed into a beloved holiday tradition for hundreds of local families. The company is celebrating that spirit of inclusion by continuing to expand the circle of artists that work on the show each year, including an all-star cast featuring Andrew McNee, Rachel Aberle, Chirag Naik, and James Long. This year, Theatre Replacement is also excited to welcome writer Mark Chavez and director Anita Rochon to the Panto family.

Vancouver’s Mark Chavez is a comedian best known for his work as one-half of world-renowned comedy duo the Pajama Men. For the past few years, the Pajama Men have toured extensively across North America, Europe, and Australia performing their unique style of live narrative comedy that tends towards the surreal and macabre. In addition, Chavez has written and developed television and film scripts for the BBC, HBO, and Film 4 to name a few. When Chavez is not on the road, he spends his time in Vancouver where he can be found on stage every week with meta-destroying improv group The Sunday Service.

Directing East Van Panto: Little Red Riding Hood is Anita Rochon, who is also one of the Artistic Directors at The Chop Theatre here in Vancouver, which has produced numerous works including Sonic Elder, which played this fall, and How to Disappear Completely, which continues to tour internationally. Rochon frequently collaborates with some of the city’s most celebrated companies including Theatre Replacement, Théâtre la Seizième, Vancouver Opera, Bard on the Beach, and Electric Company Theatre. She has toured nationally and internationally with Theatre Replacement’s BIOBOXES and co-directed Dress Me Up In Your Love (The Cultch 2012) with Maiko Yamamoto, and recently teamed up again with Yamamoto as co-director of Elbow’s A Very Narrow Bridge. Anita Rochon is a graduate of Studio 58 (Acting) and the National Theatre School of Canada (Directing). She was awarded the Ray Michal Prize for an Outstanding Body of Work by a New Director, the Siminovitch Protégé Prize, and a Mayor’s Arts Award.

WHERE: YORK THEATRE
639 Commercial Drive in Vancouver, BC 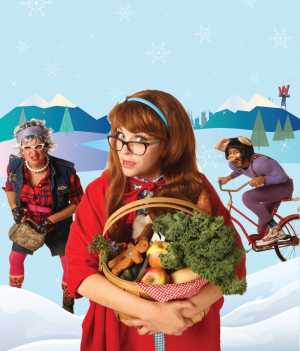