Hardline Productions presents the world premiere of Raes Calvert and Sean Harris Oliver’s historical drama REDPATCH from March 29 – April 9, 2017 at Presentation House Theatre. Opening on the 100-year anniversary of the Battle of Vimy Ridge, this moving production follows the story of a young Métis, volunteer solider from the Nuu-chah-nulth nation of Vancouver Island deployed to fight in the First World War. Set in both Canada and the battlefields of France, REDPATCH traces the journey of this young solider as he endures trench warfare and discrimination as a result of his Indigenous heritage. The performance promises to instill deeper understanding of the contributions First Nations soldiers and communities made in World War I. 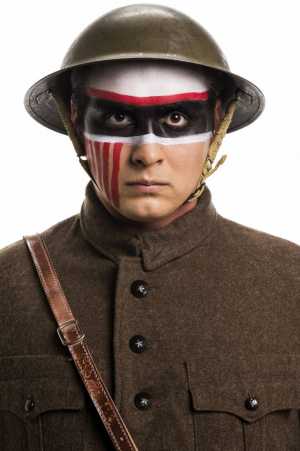