Who will shape the brilliant mind of Leonardo da Vinci and prevail in the battle for the gifted child, his peasant mother or his rich father? Padre Bartolomeo, a friend of the da Vinci family, finds himself caught between the powerful da Vinci family and Leonardo’s defiant unwed mother, the servant Caterina. In his efforts to mediate the dispute and determine the future of Leonardo, Bartolomeo comes to a new understanding of the nature of forgiveness and love.

A western Canadian Premiere, this enthralling show is filled with passion, possession, sacrifice, and is set in the colourful and contradictory world of the Italian Renaissance! 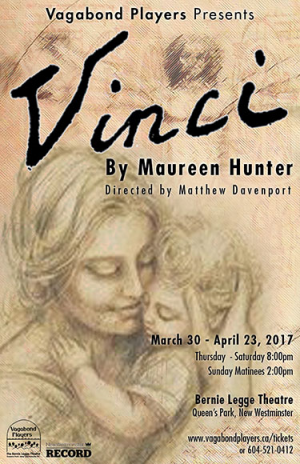