“This is one of those plays that I think everyone has to see at least once. Or preferably twice, so as to really hear all the nuances in playwright and performer Pamela Mala Sinha’s snappy, fast-paced writing.” Mooney on Theatre (Toronto)

“In this poignant production, we go on the journey with them and find something hopeful within ourselves, too.” NOW Magazine (Toronto)

Touchstone’s fall production, the first of their 2017/18 season, is Happy Place by Pamela Mala Sinha. Touchstone’s Artistic Director Roy Surette makes his Directorial return for the company, supported by a top notch team of designers: Pam Johnson on Set, Christine Reimer on Costumes, Adrian Muir on Lights, with Original Music and Sound Design by Dorothy Dittrich.

Happy Place takes us into the experiences of seven women in an in-patient care facility, living together in the most extraordinary circumstances. Though each woman must navigate her own survival in a world that challenges that possibility, they are also the ones who teach one another how to live in a way no therapist ever could. Happy Place is a glimpse into lives filled with courage, compassion, humour and startling surprise; lives which, in many ways, are not so different from our own. Happy Place premiered in September 2015 at Toronto’s Soulpepper Theatre.


Places to go nearby approx. 15 minutes away 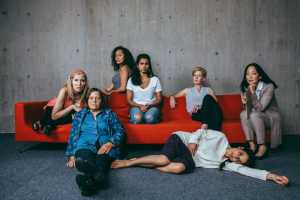