To celebrate its 40th anniversary, The Vancouver Lookout has partnered with Vancouver Heritage Foundation to present Perspectives: Talks & Discussions. This series will shed light on the stories that have shaped Vancouver over time.

Join Author Eve Lazarus for a night of true crime as she draws on stories from her latest book Blood, Sweat, and Fear: The Story of Inspector Vance, Vancouver’s First Forensic Investigator. Starting in 1907 as the City Analyst for the City of Vancouver, John F.C.B. Vance worked in several buildings in downtown Vancouver before being named honorary inspector for the VPD and put in charge of the newly formed Police Bureau of Science (now housing the Vancouver Police Museum). Vance used his cutting-edge skills in serology, toxicology, firearms examination, trace evidence and autopsy to solve some of the most sensational crimes of the twentieth century. His techniques were so effective that there were seven attempts on his life, and for a time, he and his family were under constant police guard. 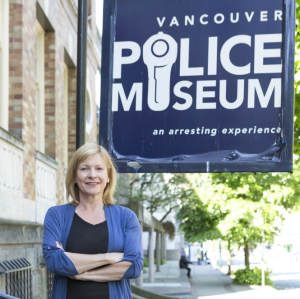