A Mardi Gras party in 2014 brought the band together for the first time and by the end of the show, both musicians and audience knew that this band had to continue. Three years and many shows later, BEFE has developed a large repertoire of songs covering a wide range of NOLA talent from Louis Armstrong to the Dirty Dozen Brass Band to Allen Toussaint to the Pimps of Joytime. 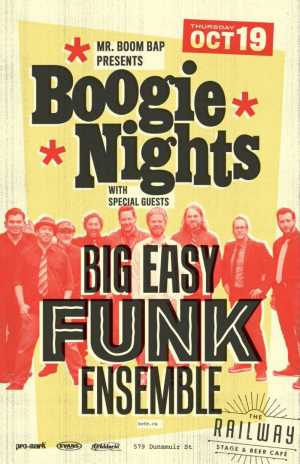