When the popular uprisings broke out across Egypt in January 2011, the oppressed masses overthrew a military dictator who had ruled the country for thirty years. However, the army sooner afterwards took full power anew, by deploying a patriotic discourse about saving and guarding the nation. In Egypt’s postcolonial history since the 1950s, the military institution has constantly hegemonized the state and economy, and deeply securitized everyday life and urban spaces of civilian citizens across social classes. Under another military president today, increasing poverty and simmering public rage might lead to a new wave of uprisings in the foreseeable future.

Dr. Zeinab Abul-Magd is Associate Professor of Middle Eastern history at Oberlin College. A specialist in the socio-economic and military histories of the Middle East, her first book, Imagined Empires: A History of Revolt in Egypt (University of California Press, 2013) won the Roger Owen Book Award of the Middle East Studies Association. Her latest book is Militarizing the Nation: Army, Business, and Revolution in Egypt, 1952-2015 (Columbia University Press, 2017).

“[Militarizing the Nation] is essential reading for anyone who wants to understand the decisions of the Egyptian military after 2011, and the enduring weight of these actions.” Philippe Droz-Vincent, Middle East Institute. 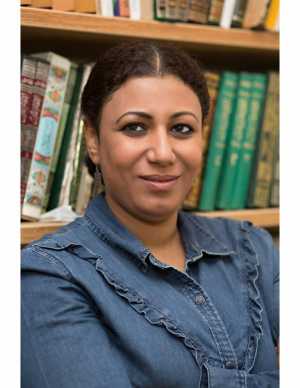